Lexis Nexis is trialling a new approach to strengthen the team’s interpersonal engagement and innovative leaning through a series of “Fed Ex Days.”
“Fed Ex Days” are 24-hour bursts of freedom and creativity geared toward delivering value creating software, as described by Daniel Pink in his book “Drive The Surprising Truth About What Motivates Us” and can also be considered similar to “proof of concepts” or “spikes.” (The value may be derived from cash earning products, process efficiencies, learning or a mix.)

To gauge the teams’ pre-Fed Ex Days’ status, the Head of Solutions Development, Development and Delivery commissioned a Comscientia Creativity Climate Measurement. Climate is to a team what culture is to an organisation. You can feel the climate differences between teams. Measuring different climate elements within a team can help identify a team’s climate conditions.

To start, we prepared a questionnaire for the three technical teams to complete. Before giving it to the teams, Zak called on a strategic VP to provide top cover and enthuse the staff as well as help to mitigate any hesitancy by team members. The VP’s discussion centred around how sometimes you have to take risks and be willing to seek forgiveness rather than permission. The initial creativity measurement results are shown below. 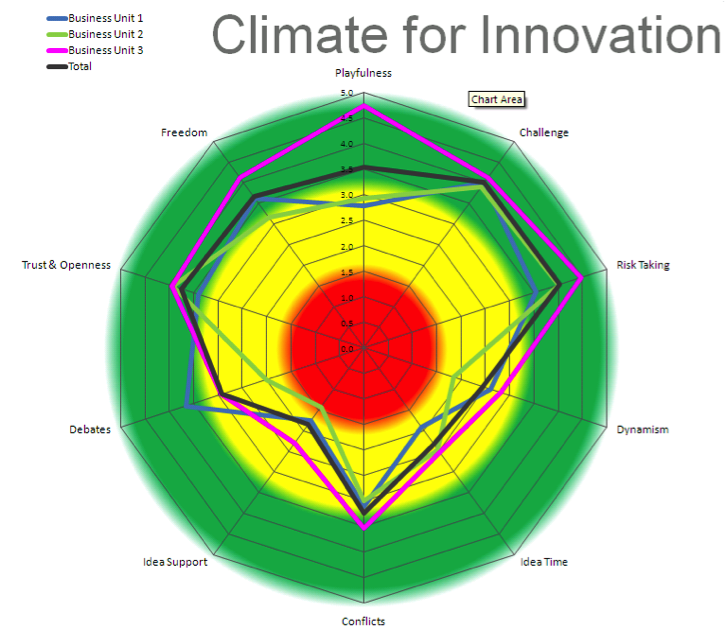 As can be seen Dynamism (the pace of change), Idea Time (do you have time to think things through before you have to act?) and Idea Support (are there resources to give new ideas a try?) were the lowest scoring elements.

Why did we decide to use “Fed Ex Days” as the vehicle for innovation? We chose “Fed Ex Days” to address the lowest scoring elements and to encourage staff to use new techniques for creative problem-solving in time-bounded activities. Other results would suggested other ways of improving the climate for innovation.

The initial plan (created in 2013) was to arrange one “FedEx Day” day in each of three inclusive “Fed Ex Days”: one each in January, another in March and the final one in June 2014. The thought was that everyone could work on something in self-organised teams. In January 2014, another manager picked up responsibility for this initiative and the focus shifted a bit from that previously envisaged. Due to budgetary constraints a couple of pilot study days were decided on rather than a comprehensive set of “Fed Ex Days”.

After understanding and accepting the real-politic of the new focus, we looked more at product-focussed innovation with the aim being to have creative thinking and working hopefully coming through as a result of the activities chosen.

Once the horse-trading was dealt with and suitable compromises were made, the first “Fed Ex Day” was scheduled for 24 January 2014. The initial group of cross department volunteers were presented with an idea supplied by the Customer Delivery and Innovation team.

The first rule was hierarchy does not work in the group. The managers shifted from command and control to facilitation mode, making sure the team knew that their backs were covered. The group was encouraged to think creatively and covertly and to operate in guerrilla mode. They were provided with several creative problem solving techniques that are classified below. Did they use them? Some did some did not.

Afterwards the business sponsor said: “It was the first time to my mind that we proved we could turn our primary data into an app which fits our strategic goals to build more value into primary data which has increasing competition from free data.”

To determine if the proposed climate changes are on track, a detailed questionnaire was completed by all participants. It focussed on the creativity parameters originally identified for improvement as well as two core knowledge management metrics:

The results show that idea support and idea time are improving. Day 1 was a customer-led pull innovation and Day 2 was technical push innovation. Better networking and communication is experienced during customer-led innovation.

Two developers subsequently ran a Code Dojo to share the tacit knowledge they gained from their “Fed Ex Day.” Following the Fed Ex Day theme, these are one-hour sessions, intended to be intense and engaging. It is a great way to share tacit knowledge among technical teams.

A number of other ideas are in gestation for potential future “Fed Ex Days”. It is also time to evaluate the lessons learned, using tools such as the Figure 1.

How does it all measure up, though? Since the plan changed away from the initial strategy for the “Fed Ex Days”, it’s difficult to directly use our initial measures and goals. Nevertheless, we did find that there are clear pluses and minuses to taking this approach to improving the culture of innovation.

In June 2014, the climate measurement will be repeated to determine if there has been a significant shift since December 2013 benchmark. Then there will be a department-wide assessment to determine how to carry on the process. 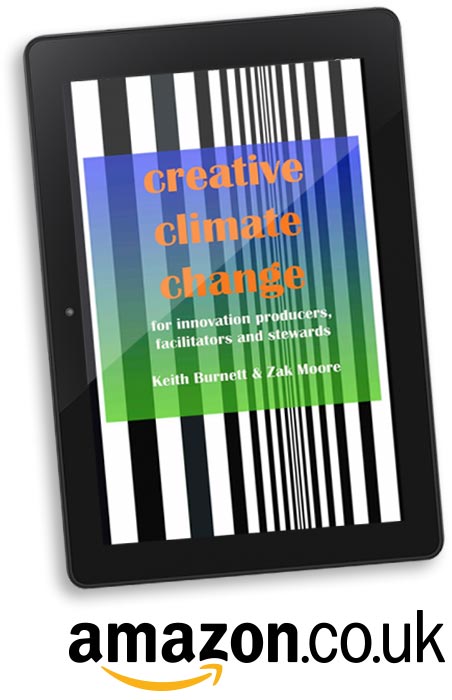